Getting Started with Ionic

I had a good experience on Cordova and PhoneGap when I decided to test on a real project the Ionic Framework. At the raising of Ionic 1, I’ve already tested this framework but was disappointed by performance issues. Now, I have to migrate from Angular 1 to Angular 2/4 (means rebuild my whole code), and regarding new Ionic versions announcements and others reasons why Ionic 2 is better than Ionic 1, it’s a good moment to re-evaluate the framework. 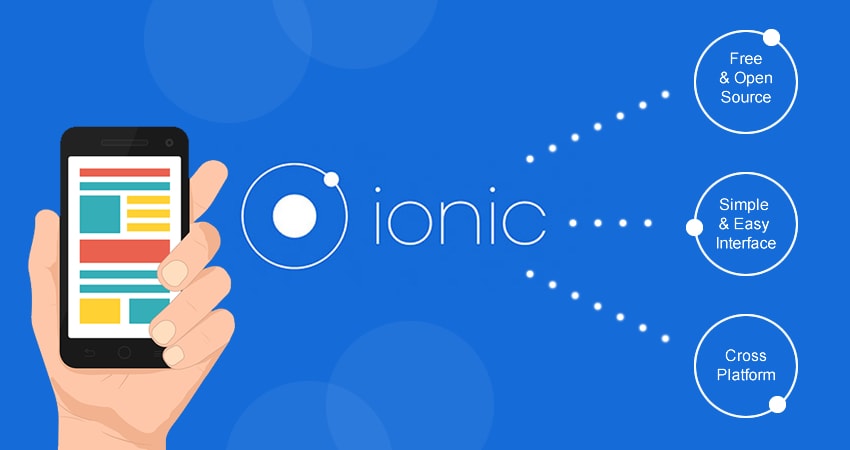 With Ionic 2, we no longer use JavaScript scrolling, so apps now scroll with 60FPS on both Android and iOS. Our new Virtual Scroll implementation (updated for 2.0 final!) makes it possible to build apps that scroll through very large lists of items (and images!) with a minimal performance hit, along with apps that animate based on scroll events.

Ionic apps benefiting from a significantly faster Angular 2, giving them an “inherent performance improvement out of the box.”

Ionic 3.0 includes support for Lazy loading: Conceptually, we’re taking one segment of code, a chunk, and loading it on demand as the app requests it.

We need to have Node.js and Git installed in order to install both Ionic and Cordova.

Starting a project with Ionic CLI

The best way to start a new project, for learning or real work, is using a starter. Ionic provides some useful, you can list using ionic cli: ionic start --list.

We’ll start with the sidemenu starter. The launch could spend a long time because ionic start installs all npm dependencies. If you prefer you can skip dependencies install using --skip-deps option.

You should see something similar to the following output:

Now, test it on your browser with ionic serve, try the --lab option to see multiple platforms at once.

You can also choose to download starter provided and rated by the community on market.ionic.io.

At this stage you can already test your App on device. You have two solutions:

If ionic upload raise log [WARN] No Cordova platforms listed in config.xml. Nothing to prepare., you can fix it by running:

It will save a platform, android, on config.xml and though prevent error on ionic cordova prepare.

Check and uncheck the USB Debugging option in the device. If that doesn’t work unplug and plug in the USB. The device should show a message box to ask you to authorize the computer. Click yes and then the device will be authorized.

If you use Mac and have Homebrew installed, just ran this command:

Source: Error Could not find an installed version of Gradle either in Android Studio

As good exercise you can create a new App from blank starter and add sidemenu.

Don’t worry, run ionic docs on cli and reach the official Ionic doc in your browser.